You Own How Many Player's Handbooks?!

Four. This could be the end of the post, but of course it's not the end. 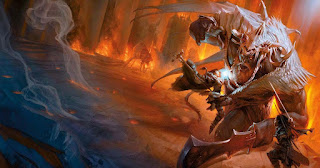 When 5th edition D&D launched in 2014 I decided to pick up two copies of the Player's Handbook, two copies of the Monster Manual, and one copy of the Dungeon Master's Guide. This was initially because I took advantage of a huge sale at a friendly local game store concurrent with my pre-order of the 3 core books from an online retailer, and having a spare PHB at the table has benefits.

It has always been the case that rules, spells, and other information need to be looked up during play. I have never met a gamer yet that can actually memorize and spontaneously recall everything in the book despite one who claimed she had an eidetic memory.

When I began playing AD&D in 1981 at least half of the large group picked up their own copies of the Player's Handbook despite being a bunch of cash strapped teenagers, and we always had plenty on hand at the table (and we read them too). Over the years that has not always been the case.

During the second edition years I stuck mainly to 1st edition rules until close to the end of 2e. Within my group I was the only person to pick up the 2nd edition PHB. I suppose that was a good thing because less than two years later the campaign switched to 3rd edition (pre-official launch, I had an advance copy because I worked at a distributor and had to drum up sales) and more of the players picked up their own copies.

When 3e revised into 3.5e, most of the owners of the 3e version upgraded to copies of 3.5e so there wasn't a shortage at most tables where I played the game.

I did in fact pick up the 4e books and honestly tried to play, but over time it became apparent that it wasn't working for my group so I only know of two of us that had the book. This was what lead to me having a rekindled enjoyment of Old School Rules.

About two years ago I decided to switch my campaign over from using the Lamentations of the Flame Princess rule set to 5th edition Dungeons & Dragons to take advantage of the update of Monte Cook's Ptolus. We would have been playing 5e in the run-up to receiving the revised Ptolus, but COVID had other ideas.

Wait, what about the third and fourth copies of the PHB? Knowing it would take some time for my large group to get familiar with the differences between the OSR system and the modern game, I decided having ready access to the books was a good idea.

My goal was not just to make the rules available at the table, but to have them available to the players between sessions. Besides myself, all but 3 of my potentially 10 strong player group (if everyone played at once) live under the same roof. By making copies accessible the thought was that the players could get a jump on class, race, and system knowledge. I don't know if that is working, but suspect not. 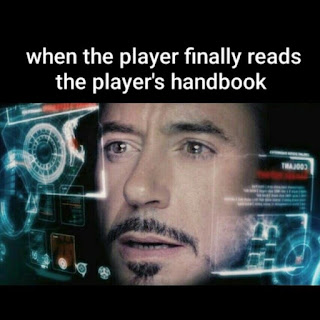 Regardless, they have adapted quickly to fifth edition and enjoy playing with the newer rules. The books see lots of activity during the game sessions as players are seeking info on what their characters can do, what their spells do, and how to beat the crap out of their opponents.

One of the four copies stays at home along with a copy of the Monster Manual and DMs Guide, for my use preparing to DM sessions. I also play in a Roll 20 group and find it handy then as well.

I'm aware that Wizards of the Coast are planning a special relaunch of the game to celebrate the 50th anniversary of D&D. What has been said so far is that this will not be 6th edition, but more like a 5.5e. I will certainly be picking up one copy of the book to join in the celebration of my favorite hobby, but I have no interest in trying to convert everything again.

So there you have it, four copies of the 5e Player's Handbook.