I think that aside from figuring out how to adjust the Ability score increases out of the monsters if they are included in monster stats, that any other thing I feel should be optional will be easy to separate from Basic without negatively impacting the core math of the game.

With that out of the way, I really like what the folks at WotC have done with Fifth Edition.

I had some concern about all classes having an identical increase in combat value, however I have been reading a lot of reviews and some people willing to dig deeper into the system pointed out how much more powerful a fighter gets in melee combat through class capabilities than the other classes. The classes really do break out nicely into their own respective niche.

While I have not had a chance to run or play yet, just a read through the magic/spells has me anticipating the fun of experienced players trying to relearn how a few things work in order to churn out some seriously cool uses for spells and spell combinations. 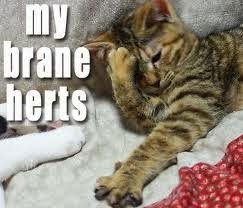 Healing in 5E has gone way overboard into redundancy.

1. At one point in the rules it mentions that characters get all lost hit-points back after a long rest (at least 8 hours), along with half of the spent healing hit-dice.

2. During a short rest characters can roll hit-dice to recover hit-points, potentially returning to full.

3. There is a healing kit available in the equipment that has 10 uses and can help restore hit-points.

4. Clerics can use a number of spells to heal characters, including some at-range.

5. There are healing potions and likely other magic items for healing.

6. Some classes even have their own healing capabilities. The fighter has an increasing number of Second-Winds that allow a die to be rolled to heal some hit-points (up to 10 + CON modifier) and this ability recharges between short or long rests. And at 18th level the fighter even gains a minor form of regeneration.

Getting back to the Ability score increases. Some classes have more levels at which they are able to do this than others. Once we see the monsters we should be able to determine if this is baked into the core system math and then we need to determine how to remove it. It should not be core, it should be optional since something like this is much easier to add than subtract from the system.

I like the playability of 5E, but I keep finding stuff that should not be part of a basic game.

Well, I was somewhat wrong about Basic D&D being a clean basic game.

It does indeed have at its core the power mongering ridiculous Ability score bumps both at character creation and at levels 5 additional points during level gains.

Humans get +1 to all stats at the start and all characters appear to get +2 to a single Ability every 4 levels.
The maximum for an Ability score is capped at 20,what good is that when many of a character's Ability scores could get to 20. There may be some differences for the non-human races once I take the time to examine things further

The experience table is designed for very rapid level gain. The potential exists to go through 24 hours of play and have characters go from 1st level into the very high levels.

There may be more things I would change or eliminate from this Not-Basic, Basic game, but I won't know until I have time to read the entire thing a couple times through. 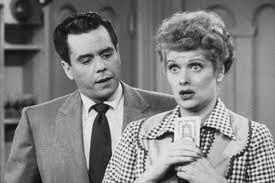