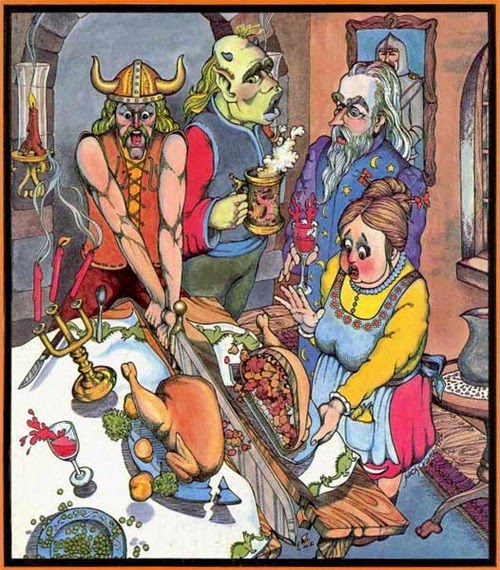 This cover from an issue of Dragon Magazine illustrates the tradition of carving the turkey. Do not try this method at home.
Posted by OSRbaron at Thursday, November 27, 2014 No comments:

Catching up a bit

Had I the inclination I would have had plenty of posts recently, alas, I lacked the motivation.

Here is a quick bit of what has been happening:

The Yearly Horror Game - CaptCorajus ran his annual Cthulhuesque horror game. This year it used the character creation method from Dread (the questionnaire) and resulted in some very 'colorful' characters. I plan to post more about it including posting the characters and some pictures soon. Just be warned, the players, myself included, are some seriously twisted individuals when it comes to creating characters.

The Sunday D&D campaign run by CaptCorajus - We completed the transition from C&C to D&D5E and the characters have managed to get into some serious trouble while traveling the wilds. That includes battling alligators, shambling mounds, a tyrannosaurus rex, some Yuan-ti and their cultists, and bunches of biting insects. The party has been split up due to our halfling willingly teleporting away with the Yuan-ti sorceress while carrying an artifact the Yuan-ti need to resurrect the evil god Set. The other three members are now inside the temple above where the body of set resides, battling and sneaking our way through while trying to locate the halfling so we can force her to leave (and bring the artifact) thus disrupting the Yuan-ti plans. We have not yet found our errant halfling rogue, however the remaining three members of the 5th level party have achieved some amazing things.

The gimped cleric, handicapped wizard, and certifiably insane fighter managed to take down a CR17 Death Knight without casualties. The wizard has never been able to get the 3rd level spells that a 5th level wizard should get, the cleric transitioned from C&C and lost physical combat capabilities and healing capabilities, but did gain some kick-ass spells, however being in a temple over the buried body of an evil god left the cleric unwilling to continue casting spells due to the very nasty negative side effects. That left the fighter as the only one in full combat shape.

Oh, and without a doubt, Magic Missile is the single best combat spell in D&D5E. It doesn't miss, moving it to higher slots pumps the damage, and it wrecks concentration somewhat reliably.

After this latest session, the party should now be 6th level (we netted at least 20,000 xp for three members), and the wizard will still not have 3rd level spells . . .

Note: we know the halfling went willingly since only willing creatures/people can be teleported, and we also know the Yuan-ti sorceress is at least a 13th level caster since the lower level teleport circle takes a full minute to cast and the teleport took only a single round. It is amazing the meta-game knowledge one can glean during play.  :)

And now some pictures. 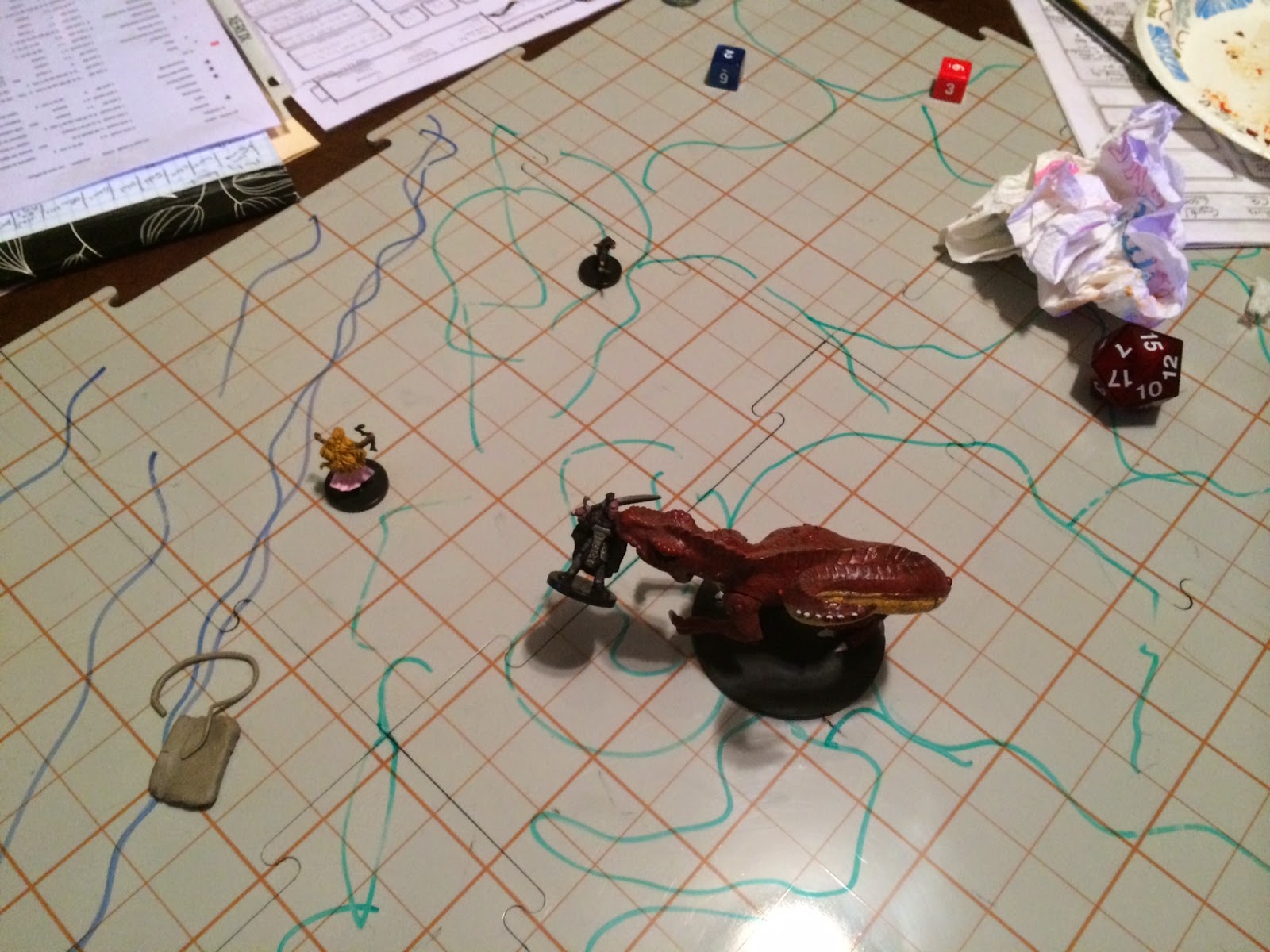 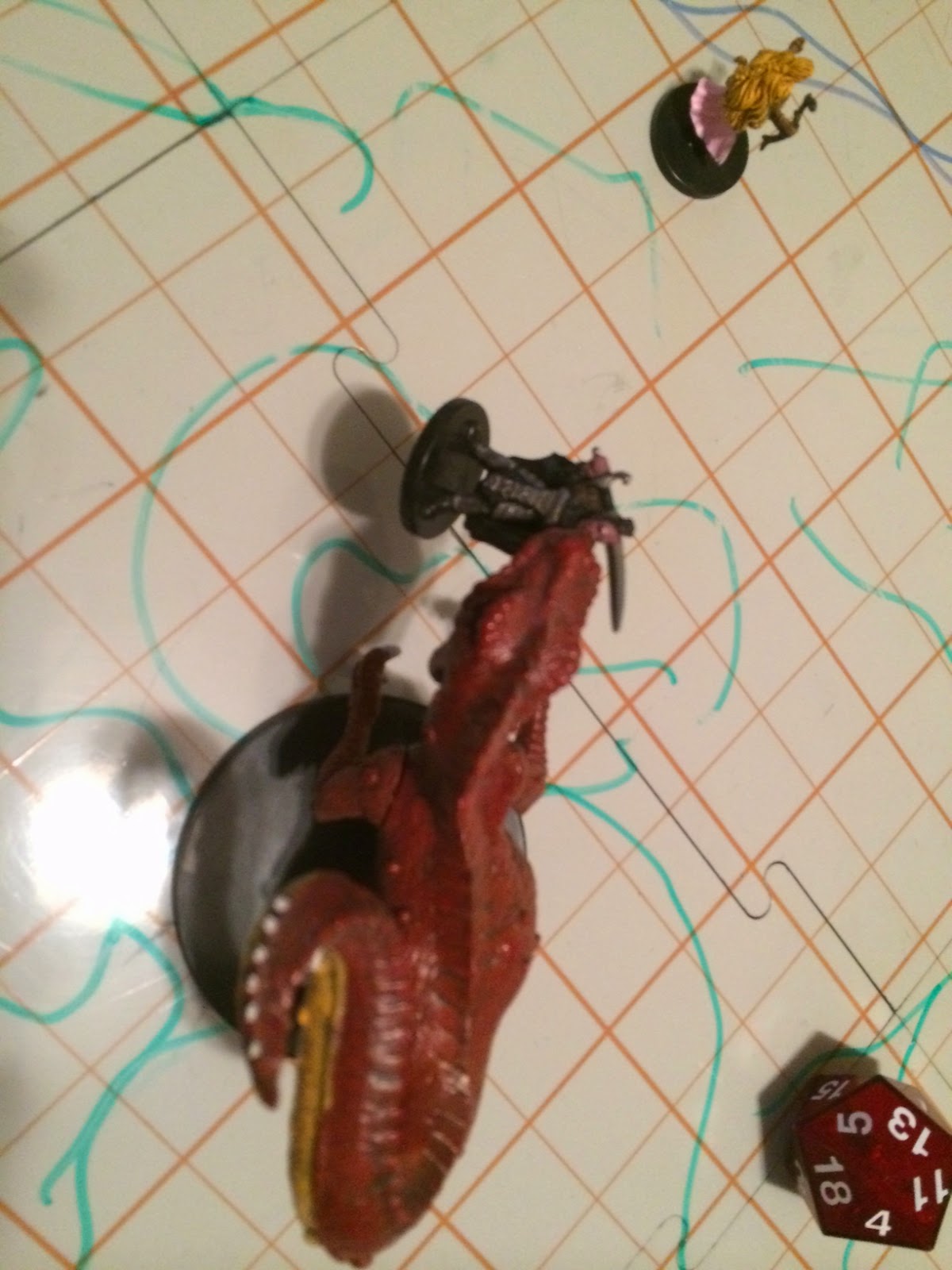 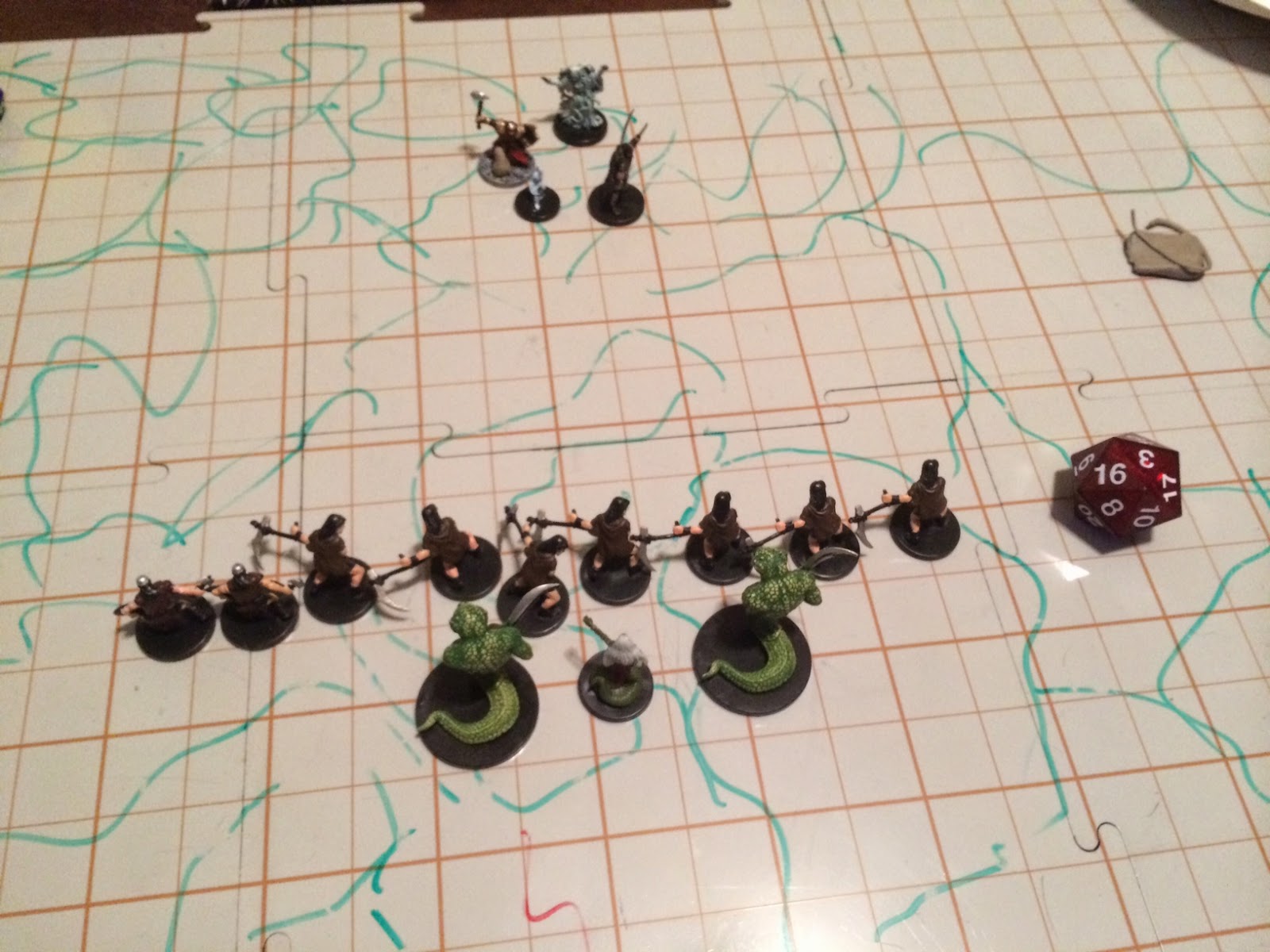