It has been a while since I posted a random table for DMs to use.

A post on the WotC website about Fae creatures got me thinking about possible differences in how time passes on the Material Plane vs the Fae realms.

Perhaps we can tie the time shift to the Charisma stat of the character leading the way through the portal into the realm of the Fae. Roll 2d6 and use the reaction modifiers to see how time is warped when the party crosses over.

Posted by OSRbaron at Thursday, November 29, 2012 No comments:

The game is a cleaned up and enhanced re-release of the original Baldur's Gate AD&D 2e computer game from a dozen years ago. This new version is using an upgraded engine, and additional material including new dungeons and some new characters.

Posted by OSRbaron at Wednesday, November 28, 2012 No comments:

Here I am with my head firmly buried in the sand of not gaming and I missed an announcement that leaves me both fascinated and nauseous in the same instant.

A new Conan movie is in the works and is planned for release in the summer of 2014, just in time to compete with the 3rd Hobbit movie. Good luck on that, you might want to consider releasing before Hobbit 3 does and definitely not the same weekend. 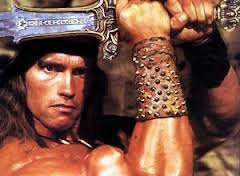 Legend of Conan (current working title) will star Arnold reprising his role as the barbarian 3 decades after the popular, but not true to R.E. Howard, Conan the Barbarian.

I liked that movie for it's over the top and not necessarily good acting, as well as for what I consider one of the best movie sound tracks of all time.

I still refuse to consider Conan the Destroyer or the recent Conan with Jason Mamoa as anything other than a waste of time. I saw Destroyer as part of a double feature along with The Last Starfighter in the theater way back when, and only saw the cerebrum deadening Mamoa Conan on dvd. 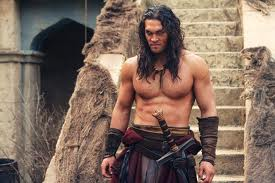 Like many of my old-school peers and R.E. Howard fans, I would love to see a movie that holds very close to the writing and not some slingshot of mental masterbation by a Hollywood weenie with no appreciation for the works. Somehow I doubt this movie will even try, but hopefully it will stand on its own as half decent entertainment of the swords and gore variety.

Given that we fans are unlikely to get our wish anytime in the near future, perhaps we could lobby for a full blown comedic endeavour to at least give us some belly laughs. I already know the best actor for the role. 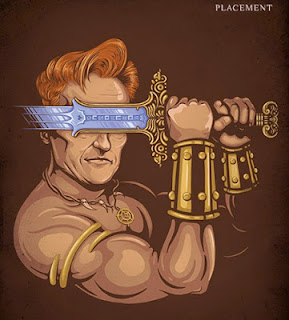 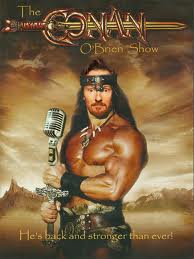 I am still absorbed in the whole work-school-sleep-work cycle and still not doing any gaming. My current lack of interest in gaming can be attributed to all the Real Life(tm) stuff that will be going on likely into early 2013.

Hopefully I can slip in a break and try to do some gaming soon, if just for a few hours over the holidays.

I will be carving out a few hours to do some computer gaming once Baldur's Gate Enhanced launches on the 28th of this month.

An update on my friend the cyborg - Last news I have is that he is home, and his doctors have suggested strongly that he get on disability. At least he is alive. Hopefully I can make some time to catch up with him during the holidays to a least talk and hang out for a bit.