As it turns out there are a handful of adventures in Candlekeep Mysteries that might work in a Ptolus campaign. The general idea for CM is that each adventure has its roots in or about a book or books, perhaps tied together by the city library in Oldtown. With some surgery on the locations and a bit of stitching in connections with organizations, the scenarios within the book-of-books may fill gaps in your plans.

A little creative editing takes place below to show a way to plug these into your City By The Spire campaign. WARNING: SPOILERS

The Joy of Extradimensional Spaces - This one is simple and short. It can fill in as a brief 'this guy needs help for a friend' situation. A spell caster has disappeared, can the party figure out the problem. It presents a self contained spot that doesn't go running around the city. This might work somewhere in Oldtown, perhaps near Vok Row perhaps on Dweomer Street. Nothing special in this one, but it can likely be knocked out in a day of in-game time and one or two play sessions.

Mazfroth's Mighty Digressions - Some Uraqi in a new North Market book stall have been selling what they claim to be original rare tomes. Most are just very good copies, and some are problematic, hosting creatures that attack readers. Tracking down the sellers is not too difficult. Discovering their identity and objective follows easily as well. Then it's a matter of deciding what to do about the problem. This one might make for a good concurrent set of activities to pair with your main focus.

Book of the Raven - It's possible you could place the location in a couple of districts, perhaps the Warrens, but it isn't a good fit. Players could mistake the NPCs as having something to do with the Killraven Crime League, but that would be a short lived thought. The ending location could be the Shadow of Ptolus or maybe somewhere under the Necropolis. It screams high risk of a TPK in the ending location based on how it has to happen. Not to my tastes.

A Deep and Creeping Darkness - Focused on a mine, a small town, and some nasty little creeps. I'm uncertain about how it would match up with anything in the city. Again, not to my tastes.

Shemshime's Bedtime Rhyme - Sounds like an interesting idea and could fit just about anywhere other than the Docks or Warrens, A bit too railroad-like for me. If you don't do the exact right thing . . . seems like it might need some re-working. Maybe I just need to re-read it.

The Price of Beauty - Characters get transported to a secluded, forested locale. Maybe the Moonsilver forest, but could a coven of hags remain unnoticed there? Not sure this would be a good enough fit, but if you need a vacation to the outside then maybe you could use it.

Book of Cylinders - You might be able to relocate the action to deep below in the caverns. Change the Grippli out for Kuo Toa perhaps? It doesn't really have much in the way of appropriate Ptolus flavor and would require a lot of reworking.

Sarah of Yellowcrest Manor - Now this one has some fitting elements. A murder mystery starting in Oldtown or even the Nobles Quarter, some activity probably in the Guildsman District or maybe the South Market, and a short trip to a small hamlet southwest of the city to deal with the killer, his chaos cultist underlings and some summoned aberrations. Maybe the murderer and his victims have membership in House Abanar. One NPC is a former delver who might be useful as an information source about some area of the dungeons at a later time in your campaign.

Lure of Lurue - Involves transporting characters to a fey-like demiplane. Another hag antagonist. Wizards of the Coast seems obsessed with hags these last few years. I suppose it could be a break from the urban and dungeon environments.

Candlekeep Dekonstruktion - If you want one of the towers of Dalengard to possibly launch into space then this is your adventure. Not my cup of tea, but maybe some DMs would enjoy wrecking the city infrastructure.

Zikran's Zephyrean Tome - Missing people including another missing Wizard. A seaside magic laboratory. Another extraplanar space, and cloud giants. Nothing sings to me as fitting into the Ptolus campaign setting except maybe the seaside location.

The Curious Tale of Wisteria Vale - A play that parallels things the characters are experiencing. A village east of the city (across the bay or southeast at the bottom of the bay). Another flipping demi-plane. Had it focused more on the play it might make for a scene or two at one of the theatre locations, but nope.

The Book of Inner Alchemy - Here's an adventure that will interest monk characters. With a fair amount of work you could shoehorn the locations into Ptolus and information could be gathered by contacting the Order of the Fist and their leader Wynn Rabinall in the Temple District. It is mostly an opportunity to bust knuckles against some seriously powerful monks.

The Canopic Being - There happens to be an NPC with the last name of Sadaar. Could they be a member of House Sadar? I see an opportunity to involve a Noble House that might ingratiate them to the party and make their usual antagonistic role become a bit twisted from the norm. A rather unusual temple and a very odd tomb put this in and below the Temple District. The prospect of being taken control of by someone else and discovering that someone has done surgery on you without your knowledge might be a great motivation to do something NOW! This has plenty in it to have a Ptolusy feel.

The Scrivener's Tale - A book of mystical writing infects readers and others close to them with writing on their skin that is added to over the course of the adventure. This one has a clock running for accomplishing the cure. For information the characters have to look into an NPC former adventurer who could easily be a member of House Khatru. Another NPC of the same House (likely a lesser, but very ambitious member) drives some of the narrative, but the story given breaks from what House Khatru is like. Some detailed re-writing will be needed to refocus the plot kick-off. There is a trapped fey entity of power trying to get loose and using the characters as the tool to accomplish the release. A vested of the Galchut or a demon might be substituted for the fey. This could also get its start as a plot of House Vladaam to get the characters to do their bidding by getting the book into PC hands.

Alkazaar's Appendix - This one requires a rewrite, but contains some good elements. There's a powerful scroll which could be a Bane and of course reside within the Banewarrens. There's a dragon who might be a member of the Quaan that wants the scroll. There could be Celestials involved so perhaps the Malkuth can be worked into the scenario. There's a lich. There's a powerful golem that could be useful. This is very high level and with the rewrite it makes sense as a candidate for inclusion in Ptolus.

Xanthoria - Hmmm . . . a powerful lich creates a very virulent plague. Sounds familiar to me, something similar to Kagrisos the Ghost Lich who tried and failed to unleash a plague upon the city of Ptolus and was stopped by Abesh Runihan (the guy there's a statue of in Delver's Square). In my campaign there's a chance he could return way in the future based on the pace of the campaign sessions and levelling. Locations that could come into play include the caverns, and a mushroom forest (something I will definitely have in my game). 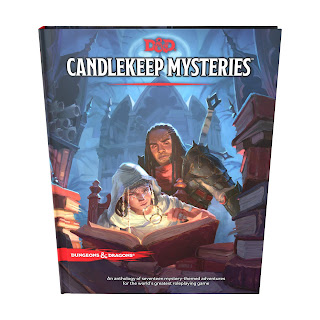