"Ppffttt!" Embuk spit the incredibly bitter brew on the floor as if trying to avoid swallowing a deadly poison. "This is horrific!" Wiping spray from the front of his leather he shot his dwarf companion a harsh look. "Is this a joke?"

Markun continued braiding rope lines together, "You're not facing north." He looked up a moment. "Keep trying, you'll find it."

"If by find it you mean point the way with my poisoned corpse." Embuk turned a quarter radius and chewed on his glove to try and get the aftertaste to vanish before imbibing from the dinged up tin mug again.

The sound of violent wretching brought Markun's braiding to a halt. "Aha! Ya found due South! Just turn the opposite and we can be on our way when I finish this last climbing line. There's treasure to be had in the dead wyrm's lair and now we know where to look."

Embuk lay on the cavern floor a look of nausea covering his countenance like a mask. Occasional dry heaves kept the time and before long the dwarf announced he was ready to move on.

This very ornate tin mug changes the taste of any brew poured into it allowing the drinker to discern true north by taking a mouthful of beer. True north makes it taste like the best, most refreshing beer the imbiber has had. East and west are quite sour and south causes uncontrollable vomiting, nausea, and dizziness for a period of time. One turn (ten minutes) on a failed save, and 1 round on a successful save. Apply appropriate penalties if this happens during a combat.

Buying a Table For Your Game, Decisions, Decisions

Over the decades, some gamers with a talent for carpentry and a do-it-yourself mentality have built themselves nifty tables on and in which to play their games, but not all of us possess that skill set or have the gumption to do the work.

For those in the latter groups, there are professionals willing to do it and charge us for their hard work. Here then are two companies doing exactly that.

GEEK CHIC: The first company building a range of game tables and storage options has been at this for a while and produces some very beautiful furniture. Not only is it nice to look at, but you pay some hefty prices for this top of the line work. Geek Chic tables are jaw-dropping, wallet killers meant for people who have a place to keep it safe from the ravages of animals. 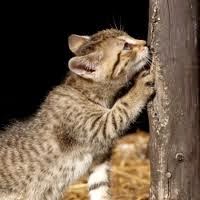 HAMMERED GAME TABLES: The second company building game tables is a relative newcomer, but no less talented. Their tables are well built, with a rugged handsomeness, designed for folks less concerned with impressing the in-laws while disguising their hobby. Much less expensive than the other company's furniture, the offerings from these folks may start finding their way into the game rooms of a good many more of us who lack the cash reserves and safe rooms to afford the lovelies above. And these can handle a little puppy love or kitty skritchin'.

Below, tables from each company. 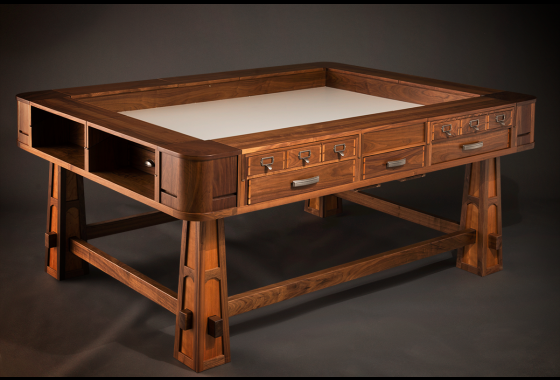 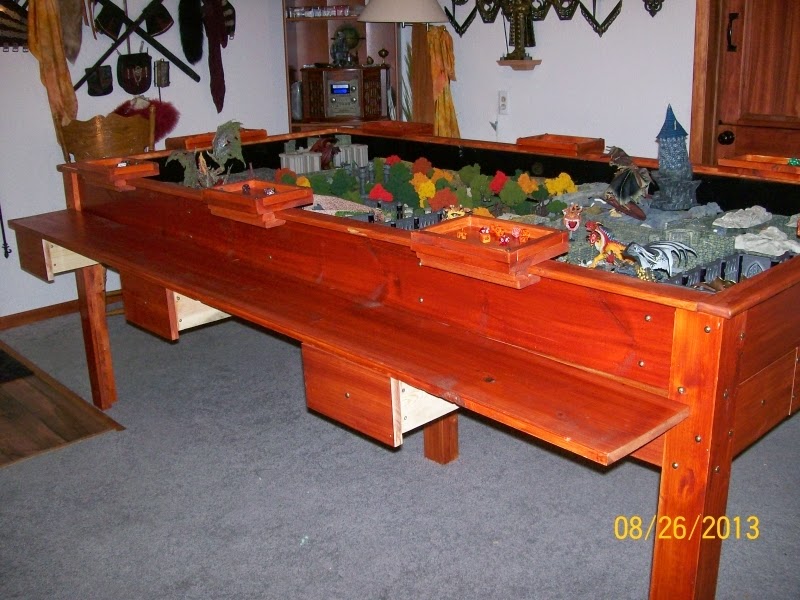 Check out both company websites (links in names above) and see what you think. Both serve the gaming community well and I find all of the furniture from both companies attractive in their own way. My wallet likes the less expensive option.

Note: If cats scratching your furniture worries you, please do not de-claw them. Get Soft Paws instead and work on redirecting their natural scratching behavior to scratching posts designed for the purpose.

"Have You Paid Your Dues Jack? Yes Sir, The Check Is In The Mail."

1986 was an interesting year. I was still gaming quite often, and managed somehow to also catch a fair number of movies. One of those movies was Big Trouble in Little China, which to this day remains among my favorites.

Imagine my joy when I read the info at the link about the upcoming comic book series picking up where the story left off. 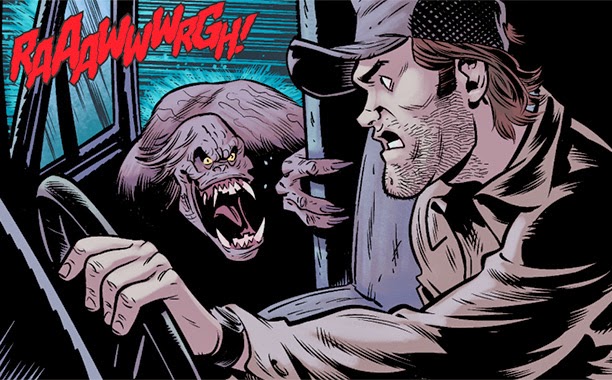 The comic launches June 4th and the link provides a lot of info as well as the first 6 pages of issue #1.

Depending on the gaming group I am with on any given occasion there can sometimes be heard quotes from the movie from myself and other fans.

Time to contact the comic shop and set up a subscription.

The speculators were right, Basic D&D 5e will be a 96 page download from the Wizards of the Coast site, available the same day as the Starter set, July 15th 2014.

Interestingly enough the cover has a party of adventurers in a mysterious place, against mysterious foes. 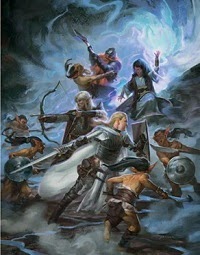 Here is the official description of the product.

This is a great move on WotC's part. The only mystery is why they didn't just explain this when they announced the Starter set, avoiding a lot of fuss.

Sure, I'd still prefer the Starter set be complete, however there is an advantageous side to this method. They can release larger adventures and just point to the site for the rules needed which means more room in the printing budget for adventure materials.

I just checked the website to see when issue 4 would finally be heading to subscribers.

Mid May. What year?

Gygax Magazine is obviously more a labor of love than a career or for profit business, and for that reason I can mostly forgive the delays. Mostly.

I thought the first two issues were a bit weak, however issue three picked things up a bit with a rather nifty dungeon included. Once I see what issue 4 has in it then a decision can be made about subscription renewal.
Posted by OSRbaron at Tuesday, May 27, 2014 No comments:

You likely have already heard about the release dates for the new edition of Dungeons & Dragons. So what, here they are again.  ;)

Mike Mearls of WotC explained that unlike the previous edition, this one would go back to the staggered release model of the past (like 3e, not 1e which took place over a number of years).

Mike also clarified that unlike the Basic game that got me into D&D, this starter set is not a complete game aimed at everyone. The idea behind this one is to target new and existing dungeon masters. The Starter includes 5 pre-generated characters which can level from 1st to 5th level during play of the adventure contained within. There are no character creation rules with the Starter. Let that sink in . . .  there are no character creation rules in the Starter set. Um, Mike, wtf?

Nothing has been confirmed yet, but speculation is that the full basic rules will be downloadable from the Wizards of the Coast website. If the full basic rules are available for free from the site, this would be a huge positive move on the part of WotC to win back some good will and convince people to pick up the books containing all the other rules.

Mearls also explained the staggered release by saying it would allow the team to do a better job of proofing each rule book before they hit the streets. Anyone care to wager on the error rate in the books? If past history holds any clues, there will still be plenty to errata.

I had placed an order for the Starter set through Amazon, however once I learned it wasn't a complete game I cancelled the order. The value of a starter set with complete rules is that it has nearly unlimited play value as opposed to a 'one-shot' mini campaign with pre-gens. You also don't need electricity and an internet connection to play, or to download the missing rules. I suspect a lot of other people cancelled as well because the Amazon price dropped $4 over night.

Back when I got Started, the Moldvay Basic set was complete for the first three levels. You could buy it, get some friends together, and play almost anywhere, even while camping in the woods. You could make your own characters, create your own adventure, and play with no concern about not having a complete game.

Admittedly these days we have the internet, smart phones, etc, that can enhance play in many ways, and do add to the fun from time to time. My feeling is that these technological wonders should not be required for a pencil and paper rpg game. Let them be enhancers, not requirements.

The cover art for the upcoming 5E products is pretty nice. I like the cover of the Starter set better than the PHB, MM, and DMG art. Personally, the PHB cover should have been the Starter cover, and the Starter should show an adventuring party encountering monsters. Regardless, at least they have nice looking art.

There are some folks, a few, not many, grousing about the suggested retail prices of the three core rule books. Together they would be around $150. That is about 10 movie tickets these days, before snacks and drinks in which case it could easily equate to about 3 tickets. So using 10 tickets at 2 hours each we have 20 hours of sitting in a chair letting someone else show and tell us a story. On the other hand, the game books allow for many more hours spent with our friends using our imaginations to play our own stories, and that has to be worth a lot more than a handful of movies.

What does this new edition hold in store for everyone? Hopefully what the folks at WotC set out to give us, rules that can be used to play the way each of us want to play, otherwise . . . 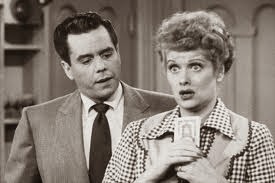 If this blog were a military duty, I would have long ago been tried and convicted of dereliction of duty. Fortunately it is a hobby, not any sort of career or obligation and when I need or choose to do so, can be ignored for a time.

I found myself itching to get back to writing and today found some time to give it a shot.

The list below includes a number of things I plan to spew electrons onto the lighted page about over the course of things as time and interest permits.

Also on the agenda, at least three articles on various crowd funded game rules and supplements.

A shout out about a friend's gaming video blog.

Maybe some more of the cartoons(?) of cats and dogs playing RPGs.

A brief review of a simple RPG that sadly means I have to change the name of my game supplement. Hey, I got lazy. Snooze = Lose.

The passing of a game artist that I am way behind on saying anything about.

And of course information about the new 5th edition of D&D. New which anyone interested is likely to already know . . . lazy, I admit it.

Sound dramatic? Nah, just typical stuff people go through. I sometimes wonder why me, then I say to heck with it, let's game!