Being half-owners of the ship Unfettered, the party had to work out some logistics once it was decided where we were going for our next exploration.

We're head to some ruins to get more info about some grey dwarves in order to help a businessman we trade with. He'll be coming along on the trip.

In the process of finding the route to the ruins, our dwarf drank some of the nastiest stuff one could imagine and managed to keep it down, earning the party some gravitas among the bar patrons at the Leaky Dingy. We found the captain we sought and got the map drawn out by him.

Then it came down to arranging supplies and finding a sellable cargo. We settled on beer. The party went to the brewery and made a business arrangement to sell beer on a semi regular basis at a nearby dangerous port.

It was a role-play session and we kept it short. The adventure starts next session. 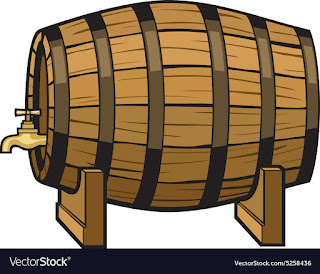