To fit this adventure into Ptolus it needs to be flipped upside down.

As written, the party gets hired to locate a source of magic stone. Stories of heroes battling dangerous beasts give the PCs stuff to ask locals about in order to gain more information. The location is outdoors near some very small villages, cliffs, difficult trails, and a couple of castles.

I recommend putting this down in the caverns.

The wizard seeking the resource could be a member of the Inverted Pyramid, and more specifically the Dreaming Apothecary.

Change the Quoitine which is used to crafting earth based magic items, for Aethel crystals which are also prized for crafting magic items. The amount of Aethel available should be dramatically reduced since the value of the crystals is high.

Change the small villages into small dwarven outposts off of the Eternity Cave.

Take out Lady Penrhys' castle and replace it with the Abandoned Tower where an undead dwarf (wight) has taken up recent occupation. She's not aware that she's dead.

Swap the huge ravens for Darkmantles. It will be a much more challenging and interesting fight.

The guardian of the Aethel is a Xorn obsessed with protecting the small supply. Consider giving it at least Lair Actions if not also Legendary abilities.

Since the Xorn cannot be returned to the Elemental Plane of Earth, which it wants, due to Praemel being a prison plane, another solution is needed.

Maybe Penrhys isn't the last of her family and that can lead to issues later on. If the family member returns, locates her body, and they use speak with dead they would only learn that the PCs killed her, not that she was undead when they did.

Think about having a rival adventuring company get alerted to the presence of the Aethel crystals and try to beat the party to them. 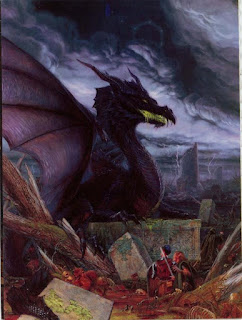 Give this a view. It points out the problems letting someone have the sole discretion over what is obscene, etc.  https://www.youtube.com/watch?v=xXFVhAGcK5g
They want the power to police not only what you write, but your personal behavior and you cannot challenge their decisions. That's too much undefined power to grant anyone.

Posted by OSRbaron at Thursday, January 26, 2023 No comments:

Email ThisBlogThis!Share to TwitterShare to FacebookShare to Pinterest
Labels: Hasbro, OGL, Wizards of the Coast, WotC

Time for more shameless self promotion. The blog's Zazzle store has these mugs and some other things for sale. Follow this link to see what's available. If you like something order it. Thanks!

Below are the designs on three other mugs. Pardon the duplication of images. The banner design mug image copied fine, but the rest came out, well, not as mugs.

There are cards with these images, you can send to folks for whatever reason or to invite them to a special game session.

Also there are a banner pin and a banner magnet available.

Posted by OSRbaron at Wednesday, January 25, 2023 No comments:

Email ThisBlogThis!Share to TwitterShare to FacebookShare to Pinterest
Labels: coffee, D&D, drink, Mugs, TDAAL, The Dice Are A Lie

The Overlooked Ramifications of the OGL Deauthorization Attempt by Wizbro

Should WotC/Hasbro succeed on revoking the Open Game License 1.0a, the implications for all other open licensing efforts is dire.

There are software programs running worldwide under open licensing that could conceivably be yanked which would throw things into chaos. I know it sounds like hyperbola, but it is a very real potential consequence should anyone manage to put the genie back in the bottle.

Here's a link to a brief video about this topic.https://www.youtube.com/watch?v=0QzSROkX8_w 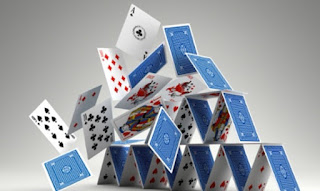 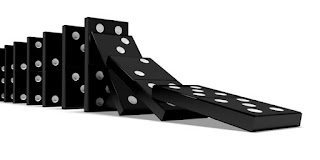 Posted by OSRbaron at Tuesday, January 24, 2023 No comments:

If you thought version 1.1 was bad you'd be right. I believe it was that way on purpose. Nobody with a lick of sense would sign it and I think that is what Wizards of the Coast wanted. That would drive everyone out of their market space and anyone foolish enough to sign would quickly find it untenable and stop publishing under the 1.1 license.

Here's where things get worse. Draft version 1.2 drops the outrageous royalties and the horrendous license-back (we can steal your stuff) clause (more on this later), but it continues to try to deauthorize version 1.0(a), and far worse.

NOTE: I am not a lawyer, but I have been listening to lawyers doing breakdowns of the draft.

If you publish anything they give permission to use (other than the game mechanics) it effectively is your involuntary signature and acceptance of 1.2 and relinquishing of the right to use 1.0(a).

Despite adding the word irrevocable to it, they also include a number of ways that they can revoke 1.2 with little or no notice.

If you violate their morality clause, which they have the sole authority to determine. they can revoke your use of the license.

If you copy any of their intellectual property they can yank your license.

And here's the big one I expect they set up to have happen - If it is determined that any provision within 1.2 is unenforceable (and several are vague enough to likely qualify) they can revoke the entire license for everybody.

Further treachery includes a way to steal a creator's work without calling it a license back provision. They left in the option for a creator to sue for monetary damages if you can prove they deliberately stole your stuff, but you give up the right to injunctive relief meaning you can't stop them from continuing to sell it and profit from the work as if they own it.

Then there's the Virtual Table Top section which is so vague it seems arranged to prevent anyone from competing with their own pending VTT in even the slightest way.

There's more to examine, but if this isn't enough to drive away 3rd party publishers from their market space I don't know what will until they yank the entire rug out from under everyone. 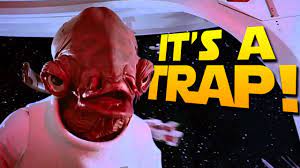 Meh, Things From Wizbro I'm No Longer Excited About

I had been looking forward to the following things, but WotC has screwed the pooch and I will no longer be sending any money their way.

Dungeons & Dragons: Honor Among Thieves. This high budget movie is coming out in theaters at the end of March. My brother and I had planned a trip to go see it. Neither of us will be going, instead we will wait till it can be watched for free, however long that takes.

The D&D TV show in the works. Not going to subscribe to a streaming service to get access to it.

The 50th Anniversary edition (6th edition, aka One D&D) of the game. Nope.

Instead, that money will go to 3rd party publishers to support their efforts in service to the community of fans of the game.

I have also put in a request to cancel my D&D Beyond account, but it is being deliberately bounced from department to department in order to get me to give up the effort. Not happening Wizbro.

I'll still play D&D, the game isn't the problem, the company that owns the rights to it is the problem.

Wizbro is dead to me. 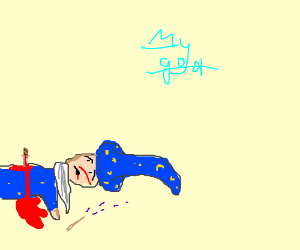 Posted by OSRbaron at Saturday, January 21, 2023 No comments:

Some insight about some rumors.

Give it a view. 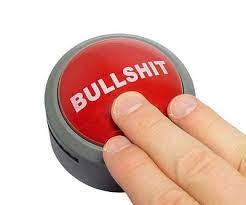