All talk, no action.

We had a bunch of business for the characters to take care of upon return to port.

Now being half owners of a ship, the party needed to work out the details with the crew. Negotiations took place and an agreement reached for profit sharing from cargo and passenger trade as well as a portion of treasure acquired from adventuring. Then a charter was drawn up.

Each character had their own business to attend to when we got back. It basically came down to reporting to superiors or allies in town. It was interesting to hear each player's spin on the events of the last couple of sessions. It's going to be interesting seeing where things progress from where they currently stand.

One character's task was to spy on the missing wizard. Having not laid eyes on his assigned subject he could only report on what the agent of another House was doing in regard to finding said wizard.

The agent of the House that thought the wizard had been kidnapped reported that the wizard faked his kidnapping (we think that's what happened).

Ennark reported this to the temple high priest and made the comment that while unlikely, for all they knew the wizard could have been eaten by a hag.

The party then decided to take a portion of the treasure gained and give it to the ship's crew so they'd have seed money to buy cargo for trading once we determined where we're going next. 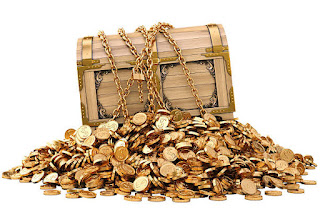